Same owner since November 1994. Currently presented as a Fleetwood Touring Sedan. I cant complete the project but most of the difficult parts are installed (see below). The original parts to convert back to original are included in the sale. 89,359 miles with documentation in repair receipts. Lots of paper work included in the sale including the used car order sheet write up and invoice from Brogan Cadillac in Ridgewood, NJ. Within the years 1989 through 1993, Sixty Special production capped at 11,192. Note that not all Sixty Specials included the ultra interior. Of the 11,192 produced, only 6,587 were produced with this ultra interior. This car is one of 1,824 Sixty Specials produced in 1990. Sixty Specials in 1990 included an entirely unique interior from the standard Fleetwoods. Designed by Italian designer Giorgio Giugiaro the Ultra Sixty Special interior provided the front seat occupants with 22-way split frame power adjusting seats. The bolsters, even the headrests are power operated. Between the front seat is what I refer to as the power slide, an electric hide away console that was only available on Sixty Specials in 1989 and 1990. The seats of this car are maroon ultra soft leather and they are in great condition. Most of these fine leather seats I have seen are well worn and missing chunks of material. These seats are in very good condition. The leather interior is complemented by genuine American Walnut trim panels on the doors and dash. The rear compartment features an armrest with slide out cup holders, seat back pockets and rear vanity mirrors. I have also fitted Cadillac foot rests in correct carpet and color. The condition of the interior is Very Good. All features of the Sixty Special are included plus a rear window defroster. This was not a high option order car.Features of this car include Air Conditioning operating and blowing cold. Cruise control working. AMFM Cassette radio with power antenna operating properly. Remote trunk release with pull down operating properly. Tilt leather wrapped steering wheel good condition. Power Anti-lock brakes are new at all 4 wheels: New pads, rotors, shoes, drums, hoses, lines, hardware. New NOS Touring Sedan 16×6 aluminum wheels with custom NOS center caps. The original lace pattern wheels and caps are in the trunk. Power fold away Touring Sedan outside mirrors operate properly. The original mirrors are in the trunk. Custom Touring Sedan body color outside door handles. Cloisonne Touring Sedan outside sail panel emblems replace the wreath and crests which are in the trunk. Cloisonne Touring sedan rear trunk emblem replaces the wreath and crest.

The BAD: There are items that require attention.

1.) The hood of the car sustained minor dent damage when a tree branch fell onto it. Also, the hoods paint blistered.
2.) There are some parking lot dings and scrapes.
3.) One of the two radiator fans is broken and in the trunk, but the car does not overheat.
4.) The headliner in the interior is starting to separate and sag. Not as bad as some of the pin ups Ive seen but needs attention.
5.) Recently there is an intermittent air Restraint (bag) light on. Needs attention.
6.) The heat in the front seats have never operated properly. Needs attention.
7.) The hood pad is missing. Needs replacement.
8.) The car was originally fitted with a matching maroon vinyl roof. This has been removed. The original halo roof mouldings are in the trunk. The attaching pins are still in place on the edges of the roof and sail panels. These will either be used by the new owner if a vinyl roof is replaced or the need to be removed if the new owner wishes to maintain the slick top current look.
9.) Because this was an original vinyl roof car the now exposed roof sail panels show the roof to sail panel seam that the factory bodyworked on slick top cars but covered over with the vinyl top. If you retain the slick top look you will have to bodywork this area.

The GOOD: Runs well, but needs a tune up. Starts every time and has a great electrical system. No Codes. The car is dry. No water leaks. No odors in the car. Drivers were not smokers. The trunk is pristine and dry as a bone. No rusted spare wheel and jack, they are factory fresh. The pull down on the trunk works flawlessly. All 4 factory carpeted floor mats in very good condition are included and in the trunk. The front struts are like new and the rear air struts are like new. The automatic level system has been modified providing the driver with a n AC/Delco air ride adjustment below the dash. Works properly and works off engine vacuum. The brakes are all new at all four corners. I mean everything is new.

The 4.5 Cadillac V8 has been well maintained with MOBIL 1 synthetic oil since I purchased the car in 1994 when it had just turned 37,700 miles. Books and records include with the sale. 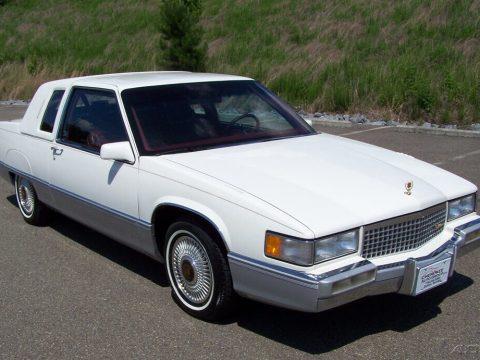 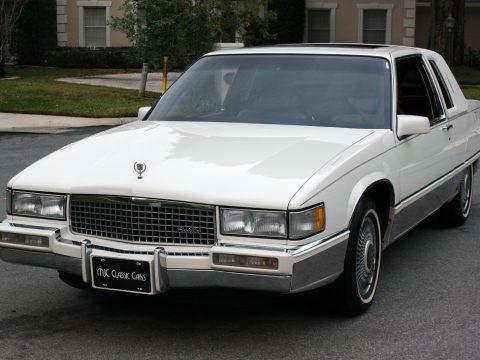 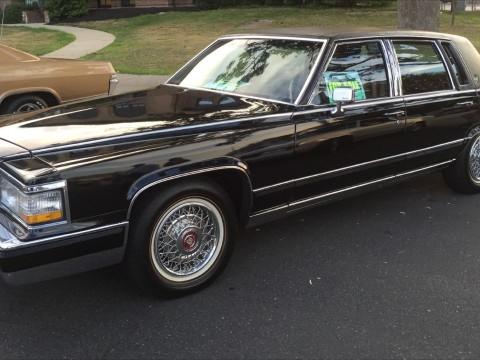 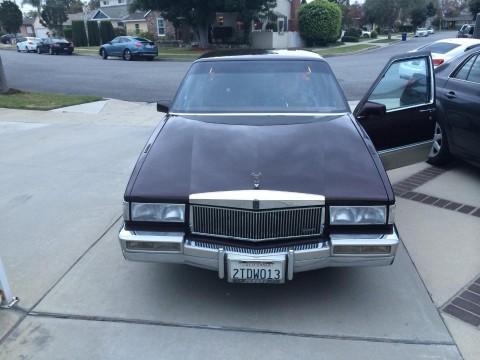 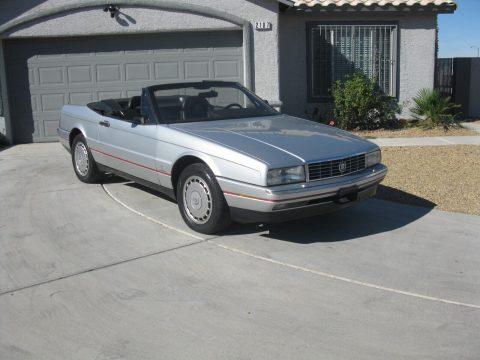