Gateway Classic Cars of Milwaukee is proud to present this 1976 Cadillac Eldorado Convertible for sale.

The 1976 model was part of he ninth generation for Cadillac Eldorado’s, produced from 1971-1978. For 1975, the Eldorado was given rectangular headlamps, a new egg crate grille, four wheel openings sans fender skirts and sharper, crisper lines resulting in a sleeker appearance appearance reminiscent of 1967-70 models.

These styling cues carried over for the ’76 model year but changed slightly with a new grill with the word Cadillac written in Script on the driver’s side top corner. The 1976 Eldorado was a very successful car to sell, approximately 14000 were sold because at the time GM claimed they would no longer be producing convertibles. That was true the next 8 years.

The Eldorado has long been associated with Cadillac and was always at the top of Caddy’s hierarchy with the models. The term Eldorado translates from Spanish to mean “The Gilded One” or “The Golden One”. Others use the term to refer to El Dorado, the mythical South American “Lost City of Gold” that fascinated Spanish explorers. Sounds pretty fancy!

Powering this luxury cruiser down the road is a 500CID 8.2L V-8 engine, paired with a Turbo Hydra-Matic 3-Speed Automatic Transmission.

The exterior shows nicely in its white paint with red pinstriping , with a complimenting red leather interior.

The convertible top was just replaced in 2020. The car also received new brakes, new tires, new exhaust system and a detail before the car arrived in our showroom.

Find your City of gold in this gorgeous 1976 Cadillac Eldorado convertible.. 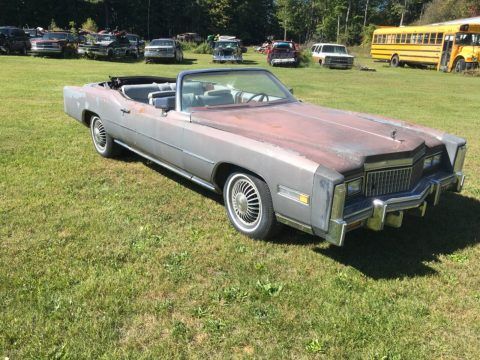 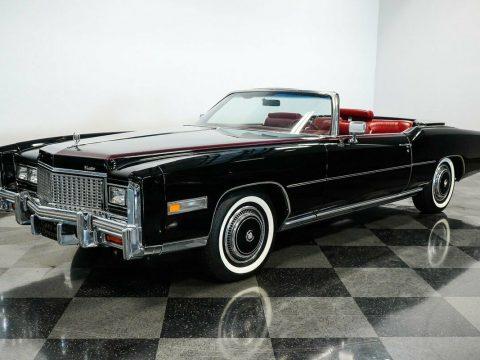 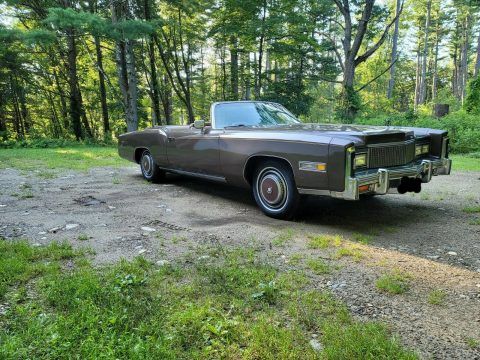 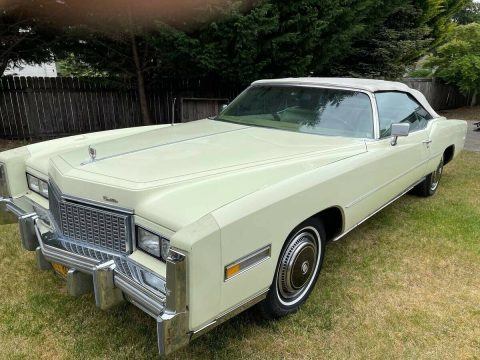 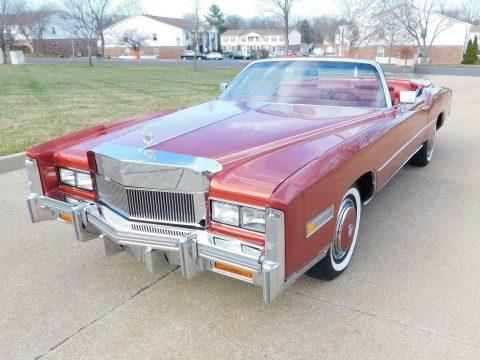