1970 year of production of this original southern California Cadillac Sedan De Ville 4 Door Hardtop with it’s original factory specifications including it’s original 472 c.i. 375 HP V8 engine with all recent service history of the last few years documenting a frankly quite staggering amount of dollars spent in recent upgrades and the replacement of virtually every major  mechanical component! The 1970 Cadillac DeVille is considered by enthusiasts as the most desirable of the late sixties Cadilac DeVille’s due to it’s being the last year of production of the larger 472/375HP engine of the 1967-70 year models. This particular example was purchased new by it’s original Ontario, southern California owner on 7/6/1970. The car has no signs of any accidents and boasts its original factory ‘Cotillion White’ color paint with its original Black Dynasty Cloth with a leather bench seat interior! The car is simply a fantastic daily driving example of this icon of American engineering when owning a Cadillac had become a symbol of financial success and achievement! 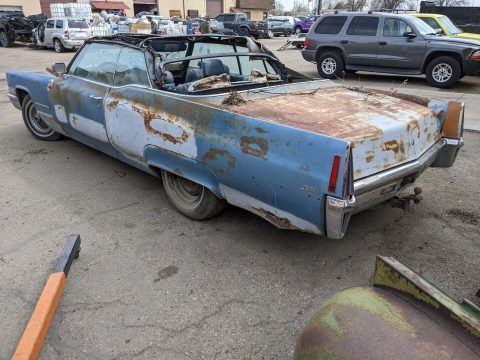 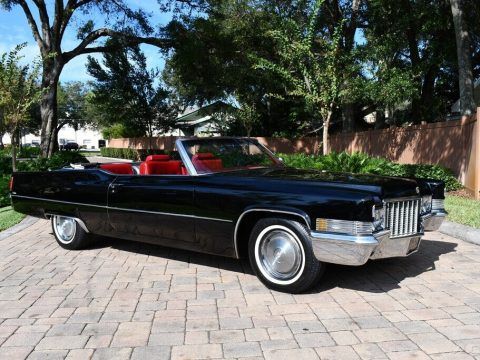 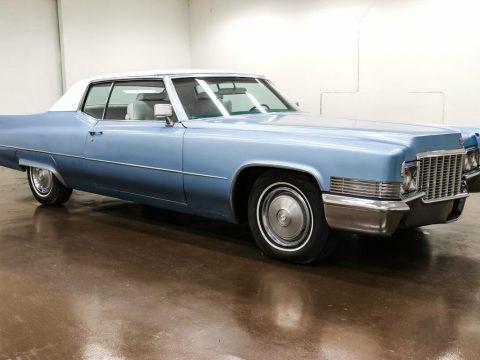 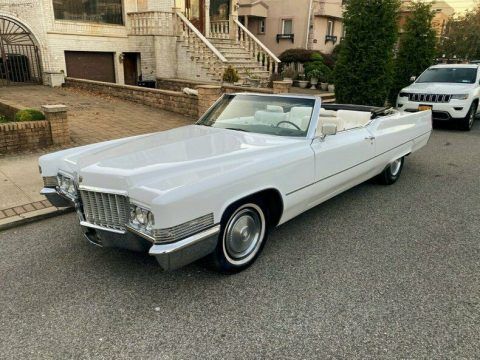 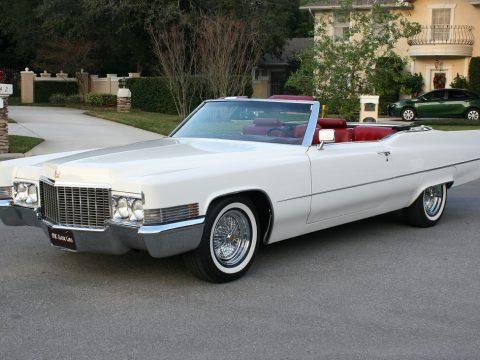